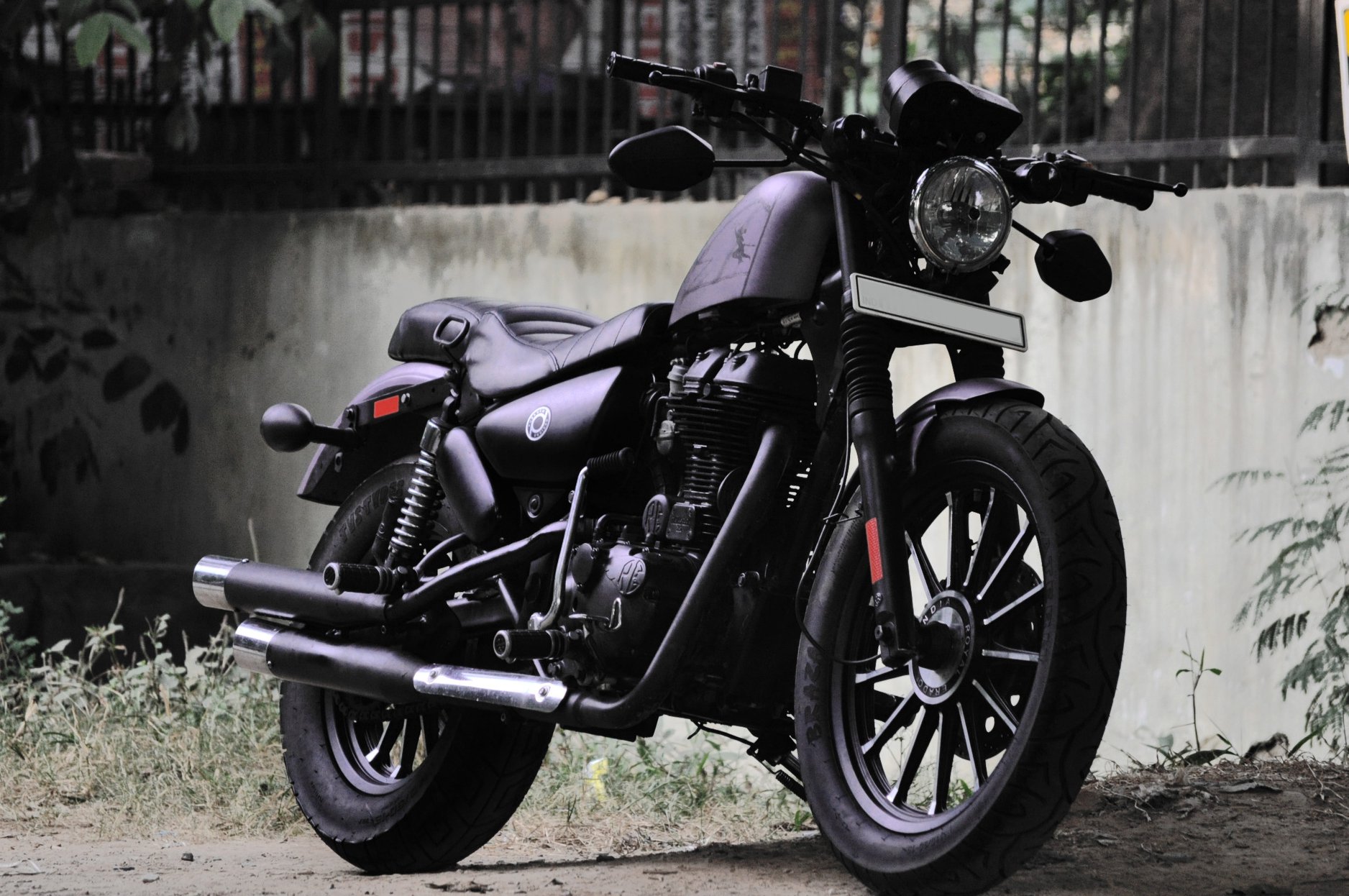 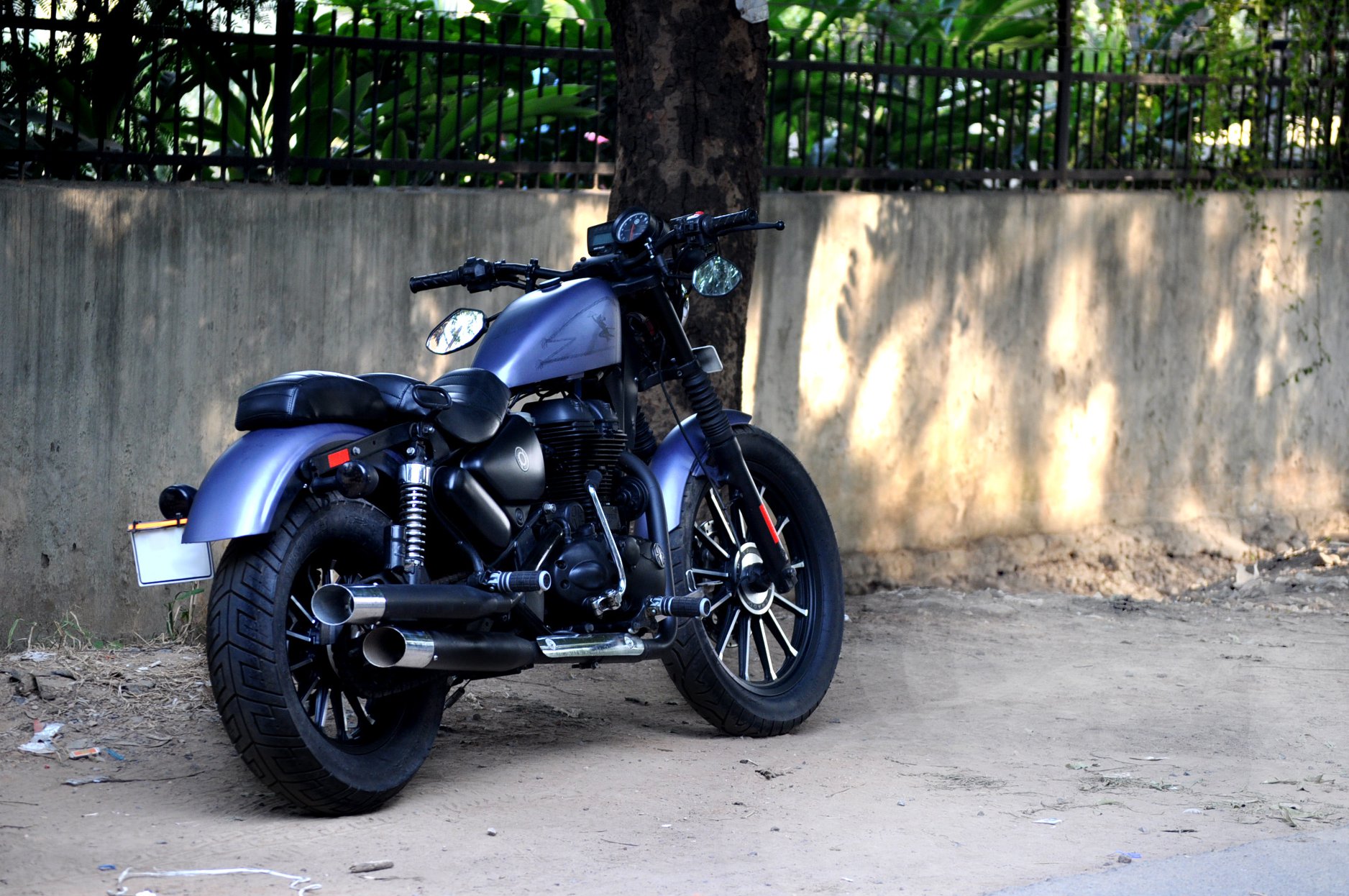 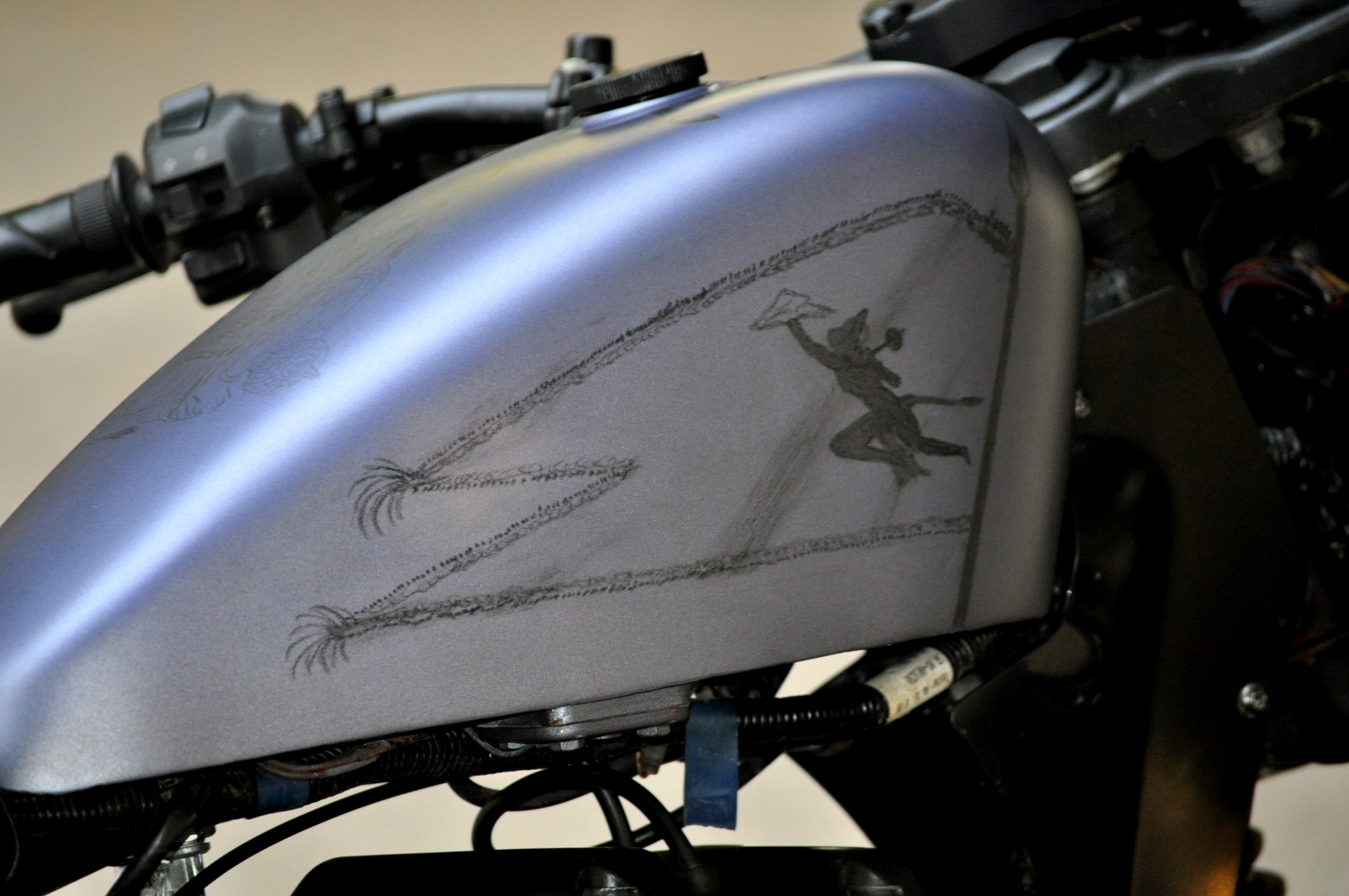 When the client approached us, we discussed only the design. And as evident, HD Iron is a sought after machine for most of the age group. So things got glued on this very design. We had already made an Iron design some 4 years ago - Abdiass 6:33. It was quite known as to how and what to start with. But then as our trait is to differentiate each and every design, we wanted to do some tweaks and that was a surprise for the client too. The scheme of color chosen too was catchy - "Charcoal Denim". Not following the exact code, we tried the shade. Earlier with Abdias 6:33 we did 17" on the rear with a 140 width tyre, with this built, we decided to twist it with a 15" set up. This made the bike look more bulky from the rear. So from the basic, the stance was envisaged - a 20 degree sway on the front rake angle, a 3" stretch from the rear. We sourced a harley peanut tank and customised to fit our stock 2014 thunderbird. Rest all the parts fell in place with the character of the bike. The name was suggested by our client who wanted the concept of Lord Hanuman in the same way as on Arjun's chariot in Mahabharata. So we did add our creativity to depict the name to the best possible way.